Therapy for Crossdressers and Partners 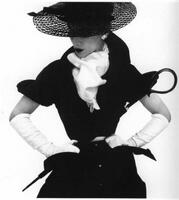 Crossdressing is a broad term used to describe the practice of wearing clothing traditionally associated with another gender. People who crossdress may self-identify with the terms such as crossdresser, transgender, nonbinary, or transvestite. (Yes, even terms sometimes regarded as outdated are embraced by some individuals.) Most crossdressers are assigned male at birth and often identify as heterosexual men, but the population of crossdressers is tremendously diverse and includes people of all genders and sexual orientations.

As a gender specialist and sex therapist, I know that people crossdress for many reasons. For some, crossdressing is a way to express an essential aspect of their identity. Other crossdressers do not have any sense of being another gender, but have a special relationship with male or female clothing or items of clothing.

Over the course of a lifetime the desire to crossdress can go up and down in cycles. People often seek counseling when this desire becomes so intense that it distracts them from other responsibilities; when it creates conflicts in their relationships; or if they are questioning the meaning of the crossdressing in their lives.

Crossdressers who are in heterosexual relationships with women often encounter special stressors and limitations. Crossdressing can create problems in the relationship and partners may also need support. I frequently meet with partners and with couples who are trying to find a way to negotiate the crossdressing desires of one partner while maintaining the relationship.

I am an occasional contributor to the CrossDresser's  Blog and Newsletter published by CDI New York. You can read some of my writing about crossdressing at http://cdinyc.wordpress.com/ .